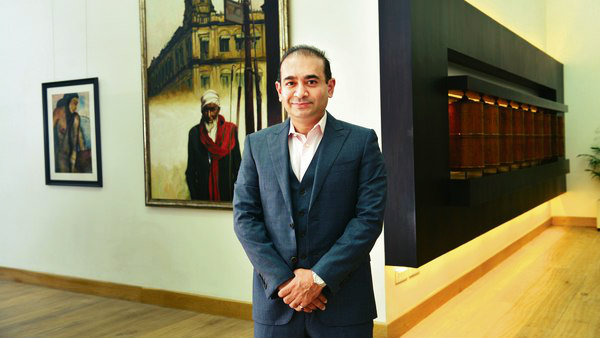 How the mighty have fallen! Just a few days ago, Nirav Modi was seen strolling on the streets of London in a tension free manner, sporting a handle-bar mustache and a jacket by Ostrich Hide, said to cost “at least £10,000.” And now, in a turn of fate, the fugitive diamantine is housed in a south-west London jail, which is far away from his luxurious life and is, in fact, one of the most crowded prisons in England.

Nirav Modi will be lodged at the prison until he appears for his first case management hearing on March 29, which is expected to be presided over by Chief Magistrate Emma Arbuthnot – the same judge who passed the extradition order of former Kingfisher Airlines boss Vijay Mallya to India in last December. Nirav Modi was arrested from a Metro Bank branch in London Tuesday by uniformed officers, when he went there to open a new bank account.

Till the first hearing in his extradition case next week, Modi is likely to be held in a separate cell while in custody but may also have to share a cell with other prisoners given the overcrowding pressures. Modi, who was living in a plush apartment in Centre Point in the West End until his arrest on Tuesday, was sent to prison on the eve of Holi. In the prison in south London, among the inmates of Modi alleged Dawood henchman Pakistani-origin Jabir Moti, currently undergoing extradition proceedings to the US.

Modi, one of India’s richest men accustomed to the high-life and celebrity circles around the world, will be faced with some harsh conditions at the prison amid some dubious inmates. The most popular Victorian-era jail was found by UK Chief Inspector of Prisons Peter Clarke to be “one of the most overcrowded jails in England and Wales altogether” and filled with many prisoner with drug or mental health problems, receiving poor training and education. Prison cells designed for one prisoner are often occupied by two, with poorly-screened lavatories, his inspection had concluded.