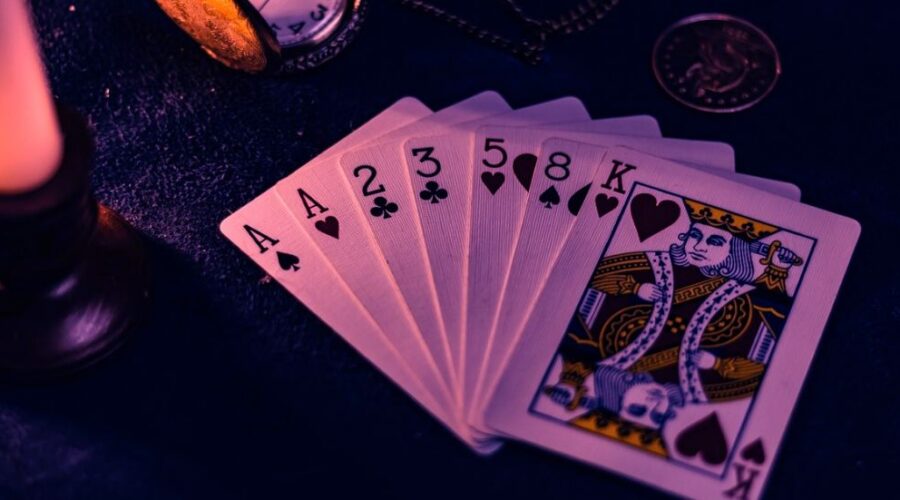 Contents hide
1 Introduction
2 How the Hand is Ranked?
3 How the Bets Are Made?
4 Variations
5 How to Win?
6 Start Betting Small
7 There are no Bad Cards
8 To Sum Up

Gambling games are rather popular in India. Some of them are native and traditional to the subcontinent and others are imported from Britain and the Netherlands due to the long historic ties between these countries.

One of the most popular of these games is called Teen Patti. It’s played both in real-life casinos and on apps and sites offered by online gambling establishments in India. The game has now become popular outside of India as well since most of the gambling these days happens online.

An Indian card game Teen Patti is sometimes also known as Flush and the name literally means “three cards”. The game is very similar to a British game called 3 card brag. It’s played with an international pack of 52 cards. The game can be played by anywhere from two to seven players.

Before the game players agree to a minimum stake or a unit in which they can bet. The dealer deals cards one by one until everyone has three cards. Everyone can bet or pass after seeing their cards.

How the Hand is Ranked?

How the Bets Are Made?

The betting starts with the player left of the dealer. The player then takes turns betting counterclockwise around the table. Each player can place an additional unit of betting, each turn, or they can fold and stop playing at any given turn.

The betting continues until one of two things happen:

-Everyone but one player folds and that remaining player remains as a winner.
-Two players remain and they show their cards determining which one is the winner based on the ranking we’ve outlined above.

The cards can be shown only when two players are left, unlike poker where every player can show their cards at once.

There are variations within the game to make it faster and more lucrative without changing the rules as to the gameplay itself. These variations are therefore about how the bets are made.  The amount you can bet depends on whether you’re betting blind or after you’ve seen your cards.

In some games, there’s a limit as to how many times you can bet blind. Sometimes, the game is also set so that you need to double the bet after a given number of turns so that the game wouldn’t be drawn out for too long.

There are also versions of the game with exposed or wild cards. This is somewhat similar to Dealer’s Choice Poker. All of the variations can be found in both real life and online games.

Teen Patti is a game of skill meaning that you can win based on your knowledge of the rules and the ability to anticipate the moves of other players. However, as is the case with most gambling games, the cards you’re going to be dealt aren’t something you can control.

There’s a variety of strategies you can deploy to increase your chances of winning. It’s also important to know when to quit and fold since there’s no chance to win at all. That’s often much more difficult than creating a winning strategy.

The best way to maximize your winnings in Teen Petti is to play a long game and start by betting small. Increase the bets exponentially as you keep playing until you’re able to get to the amounts where the winnings are actually substantial.

This also means you’ll play more hands and therefore have more of a chance of winning. It’s about striking a balance between growing your bets enough to actually profit and taking the time needed to grow your position within the game. It takes time to learn when is the right time to increase your winnings.

There are no Bad Cards

It’s important to keep in mind that there are no bad cards in Teen Patti even though there are ways to rank your hand. The cards can only be good or bad based on what the other players are dealt. That’s something to consider at all times when making bets or deciding to fold.

By keeping track of your cards and being mindful of how the other players are playing their hand you can guess how your hand is doing in comparison to others and make your moves accordingly.

Teen Patti is an Indian gambling game based on a similar British one.  It’s a game of skill that requires a bit of luck when it comes to how your hands are dealt.  Teen Petti can be played both in real-life casinos and in a variety of apps and sites.

There are a few different variations within the game that determine how you can bet and how often you can increase the amount you’re betting. That way, the game can be played faster than it otherwise would since the amounts you’re playing for are increasing exponentially.  Some variations also have wild cards that alter the actual rules of the game.